Self-Determination and Secessionism in Somaliland and South Sudan: Challenges to Postcolonial State-building 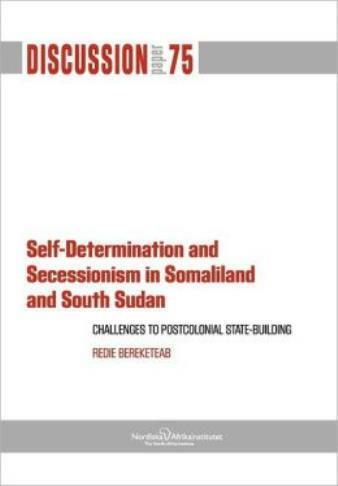 This paper analyses the notion of self-determination and secession by adopting a comparative perspective on two case studies, namely Somaliland and South Sudan. Somaliland declared its independence in 1991 following the collapse of the Somali state. Since then, Somaliland has been making relentless efforts to secure recognition from the international community. South Sudan successfully negotiated the right to exercise self-determination, a right that was formalised in the Comprehensive Peace Agreement (CPA) signed between the ruling National Congress Party (NCP) and the Sudan People’s Liberation Movement (SPLM). The people of South Sudan held a referendum and voted overwhelmingly for secession, with formal independence being achieved on 9 July 2011. International law may better qualify Somaliland for statehood than South Sudan for three reasons: (i) it was created by colonialism, (ii) it has already been recognised, albeit only for a few days, as an independent state in 1960, and (iii) it has proven to be stable, functional and relatively democratic. Yet Somaliland has failed to achieve international recognition. This paper interrogates this discrepancy. It concludes that the existence of a partner ready to accept the right of selfdetermination, and geostrategic concerns about security as well as economic and political interests, determine international recognition.