Borderlands in West Africa are ungoverned: why this is bad for security 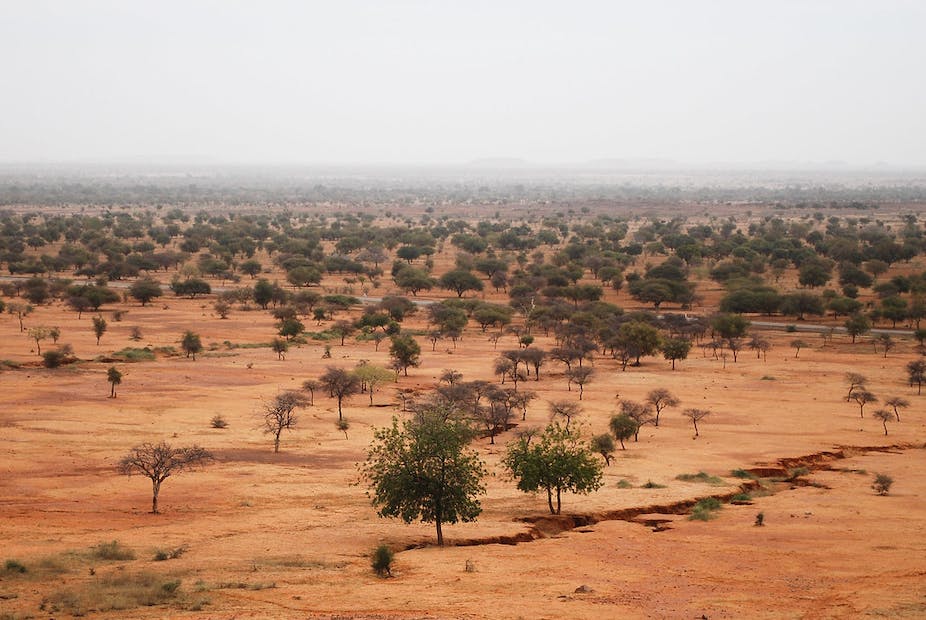 In many parts of the African continent borders are porous. People cross them to visit their kin and for economic reasons such as herding, farming, fishing, hunting and trading. They are also spaces in which human smuggling, human trafficking, gun-running, terrorism and money laundering take place.

In our paper we set out to understand whether this state of affairs contributed to worsening insecurity. Our focus was on West Africa, where there are a host of ungoverned border spaces and where migration is largely untracked. Ungoverned spaces are areas where there’s a political vacuum and no state governance structures. Examples abound in Nigeria, Niger, Ghana and Mali.

These ungoverned borders have made it possible for undocumented migrants to cross between countries. And in some cases, large expanses of these borderlands are contested by various terrorist and militant groups. Some are even under the control of trans-border criminal networks and international or transnational terrorist groups. These include Al-Qaeda in the Islamic Maghreb, Boko Haram, Movement for Unity Jihad in West Africa, Movement for Oneness and Jihad in West Africa, Ansar Al-Din, Ansaru, the Tuareg National Movement for the Liberation of Azawad and the Islamic State in West African Province.

We found that the insurgency along the Malian borderlands and Sahara Desert was worsened by the fact that most of the border is ungoverned. This has resulted in an increasing number of undocumented migrants. We also found an increase in terrorist incidents.

There is also a high rate of irregular migration along the ungoverned borders of Niger and Nigeria.

In addition, we found a proliferation of small arms and light weapons. These are easily moved across the borders without restriction and are sold cheaply. This poses a major security challenge and increasingly undermines peace and security in the region.

It’s estimated that there are about 8 million small arms circulating in West Africa. Of these, Nigeria has approximately 70%.

This means that militant and criminal groups have easy access to them. This contributes to higher incidents of armed robbery, banditry, maritime piracy, natural resource smuggling, kidnapping, terrorism, militancy and communal conflicts.

We concluded from our research that ungoverned spaces in the border regions of West Africa might be facilitating the cross-border spread of terrorist activities and the accompanying insecurity.

Terrorism is the most fundamental cause of insecurity in Nigeria, Mali, Burkina Faso and Niger. The 2020 Global Terrorism Index provides a comprehensive summary of the key global trends and patterns in terrorism. It ranked Nigeria 3rd, Mali 11th, Burkina Faso 12th and Niger 24th. These countries also feature prominently in the 50 worst terrorist attacks in 2019.

Al-Qaeda in the Islamic Maghreb and its affiliated sleeper cells are behind several cases of kidnapping and the murder of western tourists, aid workers and soldiers. They have also launched attacks on government targets, security posts and foreign diplomatic missions.

The Movement for Unity and Jihad in West Africa remains a security threat with a number of bomb explosions in Mali and Niger.

The Boko Haram insurgency was responsible for the loss of more than 1,000 lives in northern Nigeria between 2009 and 2012. By 2013, Boko Haram insurgency had resulted in more than 13,000 deaths, displacement of many and the destruction of hundreds of schools and churches in Nigeria. A study published in 2021 by the United Nations Development Programme finds that the death toll caused by the conflict in northeast Nigeria is 10 times higher than previously estimated. Some 350,000 people have died as a direct or indirect consequence of the 12-year-old conflict, according to the study.

As a result Nigeria has been by far the most affected by terrorism. Boko Haram and the Islamic State of Iraq and the Levant have been reported to be responsible for half of the deaths attributed to terrorism worldwide in 2014. The group has taken advantage of weak state control of the borders between Niger and Nigeria to move fighters and weapons.

Other factors are also in play. The rapidly increasing irregular migration is due to the fact that migratory patterns have changed over time in the wake of high levels of youth unemployment, population growth, climate change, natural resource depletion, land scarcity, declining real incomes, and public sector cutbacks in response to structural adjustment programmes (in Guinea, Nigeria, Senegal, Sierra Leone and Togo, for example).

The majority of migrants in West Africa tend to work in the informal sector. They usually work as traders, artisans and farmers. Besides students, another category of migrants commonly found in the region are unemployed and unemployable youths who tend to be beggars and destitute. They can’t afford the documents required for travel or to register businesses.

Others are categorised as criminals because they are drug pushers, foreign exchange racketeers, armed robbers and smugglers who deliberately avoid documentation.

This suggests that borders need to be properly governed. But this can only be effective if it’s done co-operatively, and with development and security that is centred on people in mind.