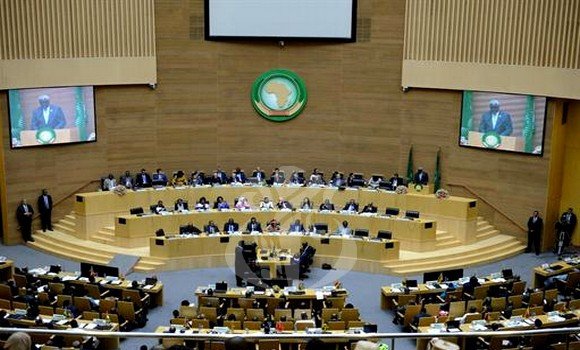 The Peace and Security Council of the African Union (PSC) has reaffirmed the intangibility of borders inherited at independence during the settlement of border disputes in the African continent, said a statement issued Friday.

In a communiqué sanctioning the work of its 1024th meeting held at ministerial level, the PSC reiterates “the importance of transforming borders into catalysts of integration and national, regional and continental development.

In this regard, it encourages Member States to “continue to seek peaceful methods of resolving their border disputes and to make full use of the AU Border Programme (ABP)”, while stressing the need for “continued engagement and collaboration between Member States, Regional Economic Communities and Regional Mechanisms (RECs/RMs), on the ABP, with a view to ensuring that all African borders are demarcated by 2027.

The PSC further requests the AU Commission to “continue to work with the RECs/RMs to resolve border disputes between and among Member States, subject to the sovereign consent of the Member States concerned, and to expedite the implementation of the AU Border Governance Capacity Building Strategy.